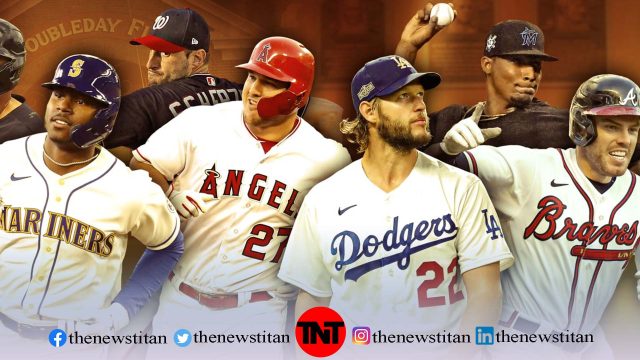 Baseball, one of the major sports in the United States, has always witnessed the dominance of African American players. Though the number of black players has never been high, their dominance was always prominent. Even today, teams have a strong desire for black players.

The number of African-American players in the MLB is decreasing, but their demand is not. From Cool Papa Bell’s old times to today’s Mookie Betts, the African American legacy in baseball continues to grow.

Greatest African American Baseball Players in the Hall Of Fame

Over the years, many African American players have left their mark on baseball. Many of them are in the Hall of Fame class. In this list, we have included those who had a great impact on the game and enriched themselves with personal accomplishments.

Hank Aaron is one of the greatest baseball players of all time. He is a record 25 times All-star player with one national MVP award and three Golden Gloves. With 2297 runs, Aaron sets the record for most runs batted in. He also stands second in the most home-runs list with 755.

Hank Aaron started his MLB career with Milwaukee in 1953 and initially became the talk of the town. He showed sheer dominance with the bat. The great African American was inducted into the Hall of Fame in 1982.

With all his record-setting performances, Aaron stands as one of the greatest African American baseball players in the Hall of fame. He is regarded as a legend born once in a century. He is respected so much that  MLB has introduced an award under his name, which has been given to the top performers since 1999.

Cool Papa Bell, or James Thomas, is one of the pioneers of African American Baseball. He had his professional debut only at the age of 19. Bell had a reputation as the fastest baseball player ever.

Bell played for three different teams and had played the roles of a center fielder and pitcher. He showed equal success with both bat and ball. He scored a total of 1149 runs and hit 57 home runs, along with 285 steals.

St. Louis Cardinals honored his legacy by establishing his statue outside their stadium pf of Busch Stadium. Bell became a Hall of Famer in 1974.

When we consider the greatest second baseman in the history of baseball, it is difficult to place Joe Morgan in another position but first place. Morgan made his debut in the MLB in 1963. He was at his peak in the mid-70s when he won back-to-back National league MVPs in 1975 and ‘76.

With more than sixteen hundred runs and 689 steals, Morgan is undoubtedly one of the best players of his time. He hit a career total of 268 home runs. He is a ten-time All-Star player and five times Golden Gloves winner.

Ernie Banks was born in 1931 in Dallas, Texas. His performance in his teenage team Kansas City Monarchs, proved him to be a prodigy. After joining Chicago Clubs in MLB, he lived up to the expectation.

Banks was a devastating hitter of the ball. He hit a total of 512 home runs in his career. Banks also won a Golden Glove along with a two-time National League MVP. He also had 50 stolen bases. His performance made him a fourteen-time All-star.

Ernie Banks Hank was added to the Hall of Fame in 1977.

Born in Donora, Pennsylvania, Ken Griffey Jr. made his debut in 1989 with the Seattle Mariners as a center fielder. He is one of the best center fielders the game has ever had. He won 10 Golden gloves in his career and one AL MVP. His 1662 runs and 630 home runs make him one of the finest hitters of the ball.

Griffey announced his retirement in 2010 and was rightfully inducted into the Hall of Fame in 2016. The thirteen times All-Star is certainly one of the best African American Baseball players in the Hall of Fame.

Jackie Robinson debuted in 1941 and went on to play till 1957. During this time, he played for the Kansas City Monarchs and Brooklyn Dodgers. Robinson had a decent beginning as a rookie and became the Rookie of the Year in 1947 while playing for the Monarchs, but he reached his full potential after joining the Dodgers.

Robinson was a devastating hitter. He hit 141 home runs and scored 972 runs. Robinson was a six-time All-Star in his career, along with one National League MVP (1949)  by his name. In 1962, Robinson became the first ever African American Hall of Famer. To honor the legend, Dodgers retired his jersey number 42 in 1972.

In 1999, Robinson’s name was listed in the Major League Baseball All-Century Team. Robinson was not just a great African American player; he was one of the best players ever to play the sport.

Will Mays became a Hall of Fame in 1979 after leaving an auspicious legacy. Mays had a long career and throughout this long career, he always played for the Birmingham Black Barons. He is one of the finest center fielders of the last century.

Mays statistics prove his greatness. He had scored more than two thousand runs and was a record twenty-four times All-star and 12 Golden Gloves winner. He also won 2 NL MVPs in 1954 and 1965. Mays was a consistent performer from the beginning to the end of his career.

With so many achievements by his name, Mays is certainly one of the best African American Baseball players in the Hall of Fame.

Born in 1935, Bob Gibson made his MLB debut when he was 24 years old. He was drafted to St. Louis Cardinals and played for the team throughout his career. He was one of the finest pitchers of his time.

From his 528 games; the right-handed thrower had 241 wins. Gibson won nine golden gloves and nine times All-Star and 1 national league MVP. Gibson retired comparatively early in 1975. By then, he had already become a legend for St. Louis Cardinals.

The legendary right fielder Reginald Martinez Jackson had played for five different teams in his MLB career. Jackson had the ambition to become a football player, but because of numerous injuries, he switched to baseball.

The fourteen times All-Star was also a one-time AL MVP and two World Series MVPs. He is also famous for his 563 home runs, in which once hit the ball over the upper deck at Tiger Stadium. It has been estimated that the ball would have traveled 650 feet, one of the biggest ever if it did not hit the transmitter.

Jackson became so popular that he was also cast in Hollywood. Jackson retired in 1987 and was inducted into the Hall of Fame in 1993.

The fourteen-time All-Star Frank Robinson had his big debut in 1956 when he was picked by Cincinnati Reds as an outfielder. After playing for a decade for the Reds, Robinson joined the Baltimore Orioles in 1966.

With all the accolades in his armor, Robinson secured his position as one of the most deserving African American Baseball Players in the Hall of Fame.

The Hall of Famer from 2007, Tony Gwynn had played for almost two decades for the San Diego Padres. He is considered the best Right fielder for the Padres of all time.

Gwynn hit 135 home runs while scoring 1383 runs. He is fifteen times All-Star player. Tony Gwynn is one of the only four players to ever hit above .350 in four consecutive seasons. He had an impressive .368 average from 1993 through 1997.

After having a legendary career, Gwynn retired from the game in 2001. An interesting fact about Gwynn is that the legendary pitcher Greg Maddux could never strike him out. Besides, there is no pitcher to record a double-digit strikeout against Gwynn. No wonder why Gwynn is one of the best African American Baseball players in the Hall of Fame.

Rickey Henderson, the legend from the Hall of Fame 2009 class, played for eight different teams in the MLB. Henderson had his debut in 1979 when he was picked by the Oakland Athletics.  With 1406 stolen bases, he tops the all-time SB chart.

Henderson was not just good at stealing bases; he was also great with the bat. He scored a total of 2295 runs and hit 287 home runs. In his long career, Henderson was ten times on the All-Star team, won 1 Golden Glove, 1 AL MVP, and 1 ALCS MVP.

Willie Stargell was born in Oklahoma in 1940. He played in the MLB for the Pittsburgh Pirates. He never left the pirates. He played as a Left fielder and first baseman.

Stargell scored 1194 runs and had 17 steals. But he was more impressive at hitting home runs. He hit a total of 475 homers. His superb performance placed him in seven all-star games. He has two world series, one World Series MVP, and one National League MVP in his accolades.

Kirby Puckett was born in Chicago, Illinois. He made his MLB debut in 1984. Puckett was forced to take early retirement as he lost vision in one of his eyes. He had twelve years of memorable career.

Puckett only played for the Minnesota Twins. He never changed or was released by his team. He is a ten-time all-star with 207 home runs and 1071 runs. He also won six Golden Globes. Within a short time, he became the most important player for his side.

Puckett retired in 1996, forced by a vision injury. Nonetheless, he had already become a legend. To honor his legacy, he was inducted into the Hall of Fame in 2001.

A six-time All-Star Willie McCovey played as a first baseman. He debuted with the San Francisco Giants and later played for San Diego Padres and Oakland Athletics.

McCovey showed great potential from the beginning of his career. With his excellent performance, he won the Rookie of the Year Award. In 1969, McCovey became the Most Valuable Player of the season. While scoring 1229 runs, he hit 521 home runs.

In 1969, Willie McCovey set a new record with 45 intentional walks. The record was not broken for the next thirty years.

McCovey announced his retirement in 1980; by this time, he had already begun a San Francisco legend. The legend passed away in 2018, leaving an inspiring legacy that settled him as one of the best African American Baseball Players in the Hall of Fame.

The history of baseball in the USA dates back to the nineteenth century. Today it is one of the most popular sports in the US, thanks to some of the greatest African American players who made the game more exciting and brought it to the place it is today.

They have overcome the barrier of time. These players have established themselves as the greatest African American Baseball Players in the Hall of Fame. Their names and legacies will always be remembered and honored.

The 10 Best MLB Jerseys of All Time

The 10 Best MLB Shortstops of All Time

10 Best MLB Records of All Time: Unbreakable Ones

Latest Update on Sydney Hightower: Why isn’t She Feeling Secure?

What is the Religion, Family Background, Ethnicity, and Origin of Kingsley...

Top Romantic Comedies Based on Works by Shakespeare

Ashton Kutcher Proudly Stated that His Friendship with Reese Witherspoon is...

Who is Amanda Miller, the Wife of Douglas Hodge? Do they...

The 7 Best Athletes from California

Who is A Oluwatosin Mmobuosi, Dozy Mmobuosi’s wife? Net Worth and...

Who Is Lana Faith Johnson’s Husband? Family & Net Worth

Is Tyler Posey Related To Parker Posey? Family And Net Worth...

We provide you with the latest breaking news and videos straight from the entertainment industry.
Contact us: info@zamanitopc.org
© 2022 The News Titan - All Rights Reserved